Southeast Asia is a hot destination all over the year in recent years which attracts millions of tourists to turn every year and if you have never visit there, it is your big dearth. Why do you not plan to have a wonderful vacation in Southeast Asia while joining to multi country Asia tour packages as there are numerous alluring attractions waiting for you to visit in Southeast Asia? If you are ready, the following things are written for you for a good background of knowledge about Southeast Asia before traveling to.

Southeast Asia is an area that owns the diverse of cultures as well as religions; therefore, people in this area are very special and interested to explore.

When having a vacation in Southeast Asia, you realize that residents there are very friendly. It is not hard to avoid missing in the strange country; in this case, you need not worry or be scared because the residents are ready to instruct you the right way and sometimes they could lead you to that destination. Besides, Southeast Asian people are also hospitable, if you are invited to home by residents, you will become kings and queens in their house, residents always spend the best things on their guests; especially in festival, they will ask you to take part in parties which are just for relatives in their family which means you are considered as a member of their family. 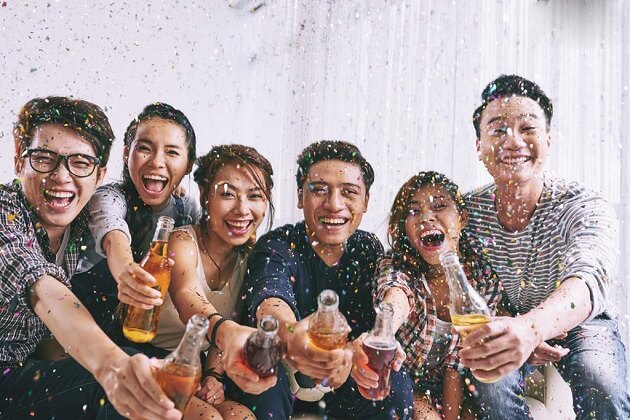 Courtesy and respect are adjectives describing the core value which a Southeast Asian seeks in their life. The courtesy is represented in the way they treat each other; when being angry or impatient, Southeast Asians will not show them in your face or gesture because it is considered as a motion of lack of mental control; talking gently and tactfully is considered as the standard behavior, a loud voice is recognized as threatening to the listeners. In addition, people in Southeast Asia have respects such as respects for elders, respect for religious beliefs and loyalty to friends and their family. 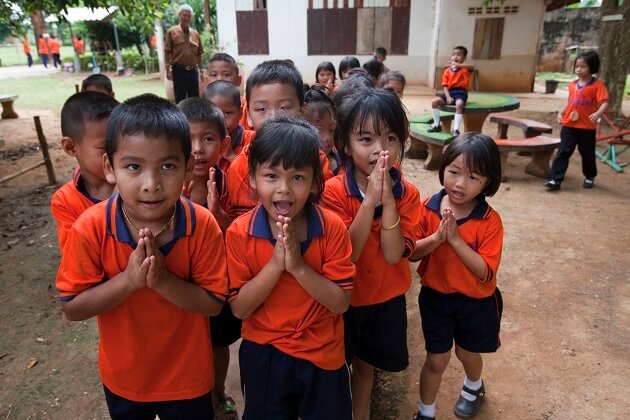 When mentioning to solidarity, people of Southeast Asia are always proud of telling that they solidarity in wartime which makes all countries in this area gain independence from the European colonials. During this time, they were united, helped their neighbors foods, money and humans to fight together against colonials. Solidarity still remains in the present life, it often combines with humane; every year, Southeast Asia experiences the natural disasters in the wet season which remain the difficulties and sow for the resident in this area but at this moment, you will observe the humane of Southeast Asia spreading everywhere.

Introduced around the 1st century AD by Indian traders, Hinduism became popular as the state religion of several Southeast Asia countries until the 13th century. From that, the development of Buddhism makes the prosperity of Hinduism become faded and be replaced. This is evidenced by Cambodia’s Angkor Wat and the appearance of ranges of temples in Thailand. However, this religion has still remained mainly in the Andaman and Nicobar Islands. 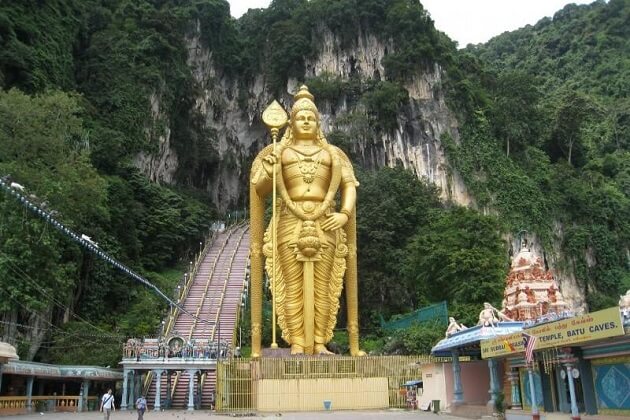 Buddhism appeared in Southeast Asia in ancient times with the beginning of Theravada Buddhism. This kind of Buddhism was popular in the mainland of Southeast Asia by 500 AD, which was presented widely in Thailand, Cambodia, and Laos. Until the 9th century, Mahayana Buddhism was the major religious religion and influenced in languages like Sanskrit, art, and architecture of public buildings like pagodas, temples, etc. Nowadays, Buddhism is spread over Southeast Asia, makes up 98.3% population of Thailand, 89% population in Laos, 67% in Vietnam. 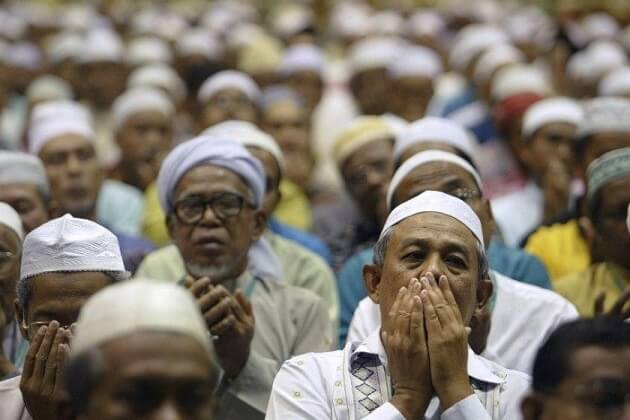 Christianity is one of the major religions in Southeast Asia, which is first imported in mainland Southeast Asia through the French in Vietnam in the 1300s. In the same way, it came into China through Western missionaries to evangelize in Indochina and the Malay Archipelago and from that, Christianity came to Myanmar and Cambodia through French colonial and become state religion there. Until now, Christianity which is mainly Catholic spread throughout the whole Southeast Asia, become one of the major religions of Laos, Vietnam, the Philippines, East Timor, etc.

Tips for Trips in Southeast Asia

In preparation for trips to Southeast Asian, you should notice some useful tips we recommend to you below to have the best vacation in this wonderful area.

You need not pick too many clothes in your suitcase, which not only makes the inconvenience for the movement but also is redundant to bring them because you can use the laundry service in Southeast Asian countries. Just around 24 hours, you will be given back your clothes washed and ironed carefully with the quite cheap fees as compared with other areas. Moreover, you can buy clothes in a market with surprisingly cheap cost or go shopping in malls with reasonable prices. Besides bringing comfortable clothes for your trip, if your itinerary concludes visiting sacred destinations, you should bring a pair of long clothes to visit them; wearing short clothes makes you rude in the resident ‘s mind and lead you not to enter these destinations. 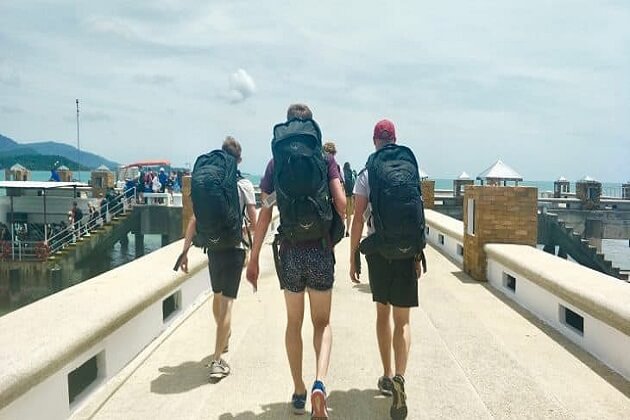 When visiting the tropical area like Southeast Asia, tourists should self-prepare some essential medicines like dry hand sanitizer to wash your hands everywhere and a bottle of the mosquito repellant is a vital item to avoid malaria in the tropical Southeast area. Moreover, on any trips, you should bring the first-aid kit along with you, it is never redundant for you and does not constitutes much space in your suitcase.

Visa requirement is very important for your trip, you should search for the information related to the requirement to enter Southeast Asia as well as the fees to get it. Moreover, some countries of this area exempt visa arrival in a short time for foreigners so you should know to decide whether you need to get a visa or not.

Travel insurance is often required in the tour package and you should not skip it because of its surprising advantages. In your vacation to Southeast Asia, you can experience adventures like zip-lining or snorkeling, scuba diving, jungle treks or riding motorbikes and travel insurance is necessary for you in unexpected situations. Moreover, travel insurance makes you compensation in this case that you lost luggage or problems with flights and hotels.

Don’t Give Money to Beggars, Order a Meal instead

When traveling to Southeast Asia, it is popular for you to meet beggars in attractions or children peddling souvenirs, you feel pity for them but you should be more lucid to avoid being tricked by the people who use pity people to make money. Instead of giving unlucky people money naturally to help them, you should give them a meal so your kindness will be given to the right people and not beneficial for bad people. 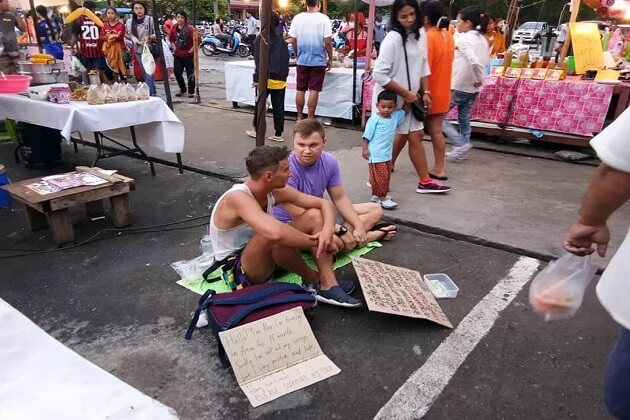