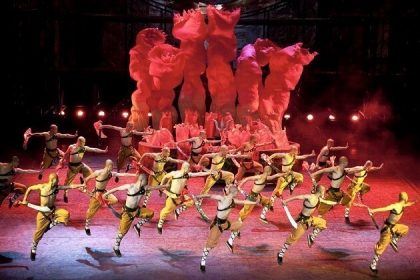 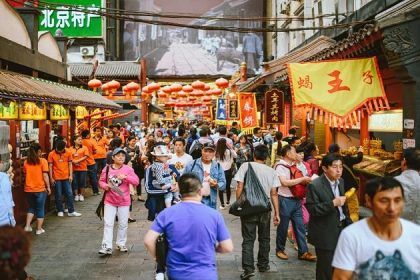 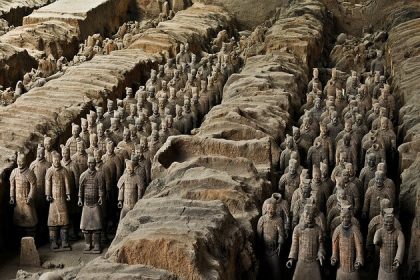 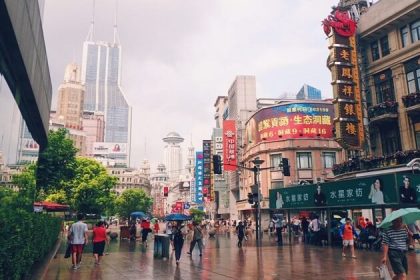 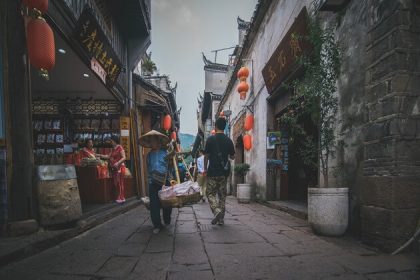 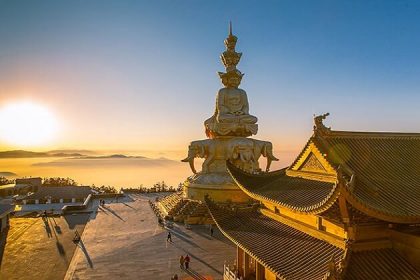 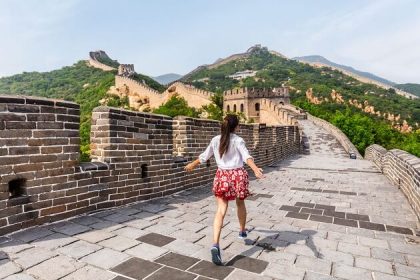 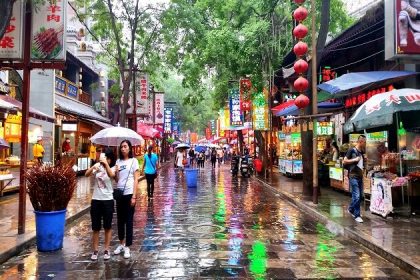 Experience China’s breath-taking natural landscapes and rich history on this 13-day adventure. Visit China’s biggest attractions, including Tiananmen Square and the Great Wall and delve further into China’s long and impressive history at lesser-known destinations. See the starting point of the ancient Silk Road, get a close look at the Pandas in Chengdu and journey to the summit of Mount Emeishan, one of the holiest mountains in the country. End the tour on a relaxing note as you enjoy a luxurious cruise down the Yangtze River.

Upon arrival, our representative will be waiting to warmly welcome and escort you to the hotel. Once you’ve settled in the hotel, relax at leisure.
Later, venture through Wangfujing, Beijing’s bustling market district. Bump into hundreds of colorful stalls before heading to Donghuamen Market, crammed with vendors hawking everything from giant centipedes to cooked seahorses on skewers. Take a stroll along this pedestrian shopping strip and explore the ancient hutong alleyways of old Beijing before heading back to your hotel. 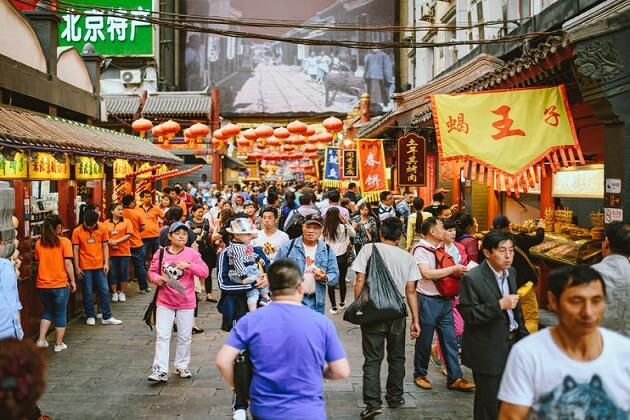 In the morning, walk around Tiananmen Square, one of the largest public squares in the world and one of the most well-known historical sites in China. Continue on to the Forbidden City, once the seat of Chinese political power for almost 500 years and once home to China’s last ruling dynasties. Explore its serene courtyards and stately rooms before climbing the artificial coal hill behind it for spectacular views of Beijing’s sprawling skyline.

Get behind the wheels of an authentic Chinese rickshaw as you wind your way through the hutong alleyways, built during the 13th century. Get a glimpse of daily life within the traditional courtyard houses and local markets away from the soaring skyscrapers of modern Beijing. Grab a street snack before heading back to your hotel.

Begin your day journeying to the Mutianyu section of the Great Wall of China. Then, indulge in impressive views of the surrounding landscape as you scale the iconic walls of this 2000-year old structure. We will hike along the wall’s high ridges which span more than 6000km and scope out its old-aged watchtowers, once used to spot Mongolian and Manchurian attackers. 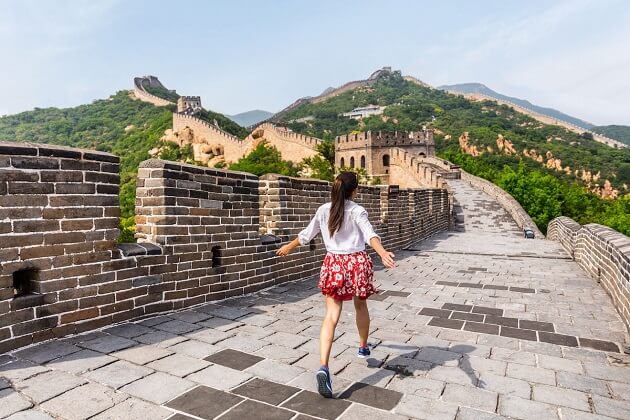 Later, visit the Sacred Way, a hidden path leading to the 13 tombs of the Ming Emperors. Take a leisurely afternoon stroll through the tranquil grounds of these 13 imperial tombs located in suburban Changping District and designed in the art of feng shui. In the afternoon, relive the excitement of the 2008 Olympic Games with a photo stop at the remarkable Bird Nest Stadium and the Water Cube.

In the morning, visit the Summer Palace, built by Emperor Qianlong as a gift to his mother in the 18th century. Wander through the tranquil grounds where imperial staff would flee from the stifling rooms of the Forbidden City during summer. Take a refreshing beverage in the shady grounds before passing through its renowned pavilions and scenic lakes, consisting of Kunming Lake and the Seventeen-Arch Bridge. Head over to the intricately carved Marble Boat before hiking to the top of Longevity Hill for panoramic views of the complex. 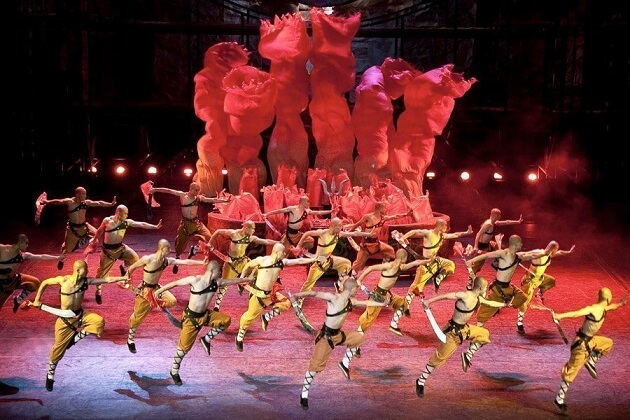 Later, head to the Temple of Heaven, a 15th-century architectural masterpiece and UNESCO World Heritage Site. Study its intricate design and stately prayer rooms before heading over to the magnificent imperial altar, once reserved for emperors to pray and make offerings for good harvests. Outside, witness a fascinating spectacle of locals greeting the sun with their daily qigong and Kungfu exercises.

In the evening, enjoy a Kungfu show at the Beijing Red Theatre which tells the story of a young boy who finds refuge in an ancient temple and as a novice, overcomes many temptations before reaching enlightenment. The performers demonstrate Kungfu styles from the Shaolin Temple, considered to be the birthplace of Kungfu in China. Also, lesser-known Kungfu styles such as ‘Contortion’ and ‘Drunken Boxing’ are showcased in a spectacularly choreographed performance.

In the morning, head to the airport for your flight to Xi’an. After your arrival, transfer to the Xi’an City Wall erected in the 7th century and scale the oldest fortified structure in China. Listen to historic tales of the Silk Road and the brutal invasions that led to the wall’s construction.

Then, take a stroll through the bustling Muslim Quarter. Taste and experience its colorful stalls and delectable cuisine with distinctive dishes of Xi’an.

That afternoon, continue on to the Giant Wild Goose Pagoda, one of the most significant Buddhist sites in China built during the Tang Dynasty. 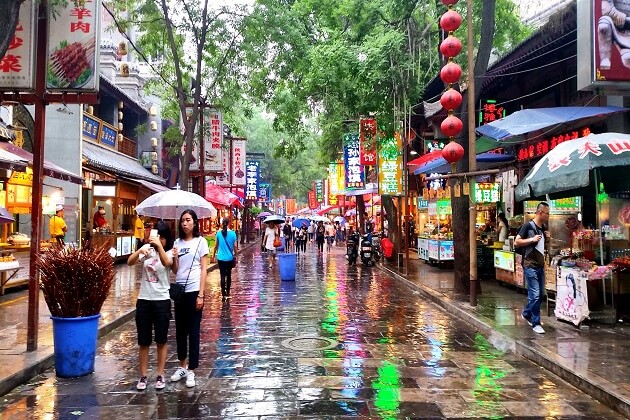 Begin your day amongst the famous Terracotta Warriors buried with the First Qin Emperor over 2,000 years ago. Hear about its accidental discovery by a local farmer before wandering around its earthen pits. Listen to historic tales of the Silk Road and the brutal invasions that led to the wall’s construction. Grab a souvenir from the museum before heading to the airport for your flight to Chengdu. 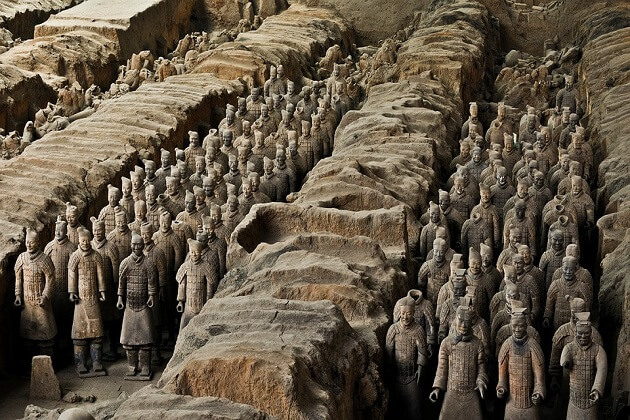 Arrive in Chengdu and make your way to the hotel before taking a stroll around the city’s vibrant streets. Home to more than 250 of China’s Fortune 500 companies, this bustling metropolis is also the birthplace of the “Nong Jia Le” or “happy rural homes” business model, whereby suburban and rural residents turn their homes into restaurants and entertainment spaces for city dwellers.

In the morning, head to the Panda Conservation Centre and observe China’s cuddly national icon lazing about in custom made enclosures. A world-class research facility and conservation center, the Panda Centre is also a primary destination to get a closer look at these endangered bears. Later, continue to Jin Li Street, the oldest commercial strip in China and one of the finest examples of traditional Chinese architecture, dating back to the Ming and Qing dynasties. 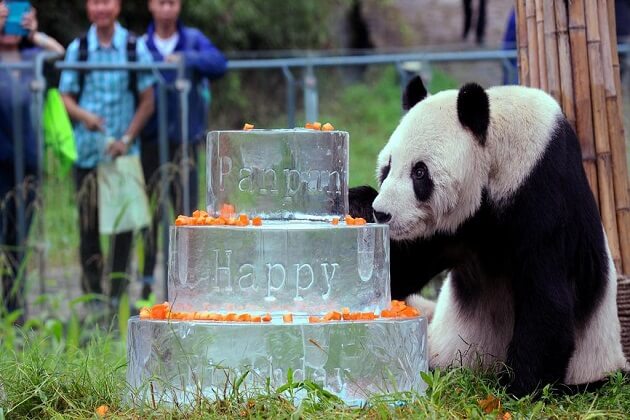 In the afternoon, make your way to Leshan and board a river cruise to the famous Giant Buddha– the largest stone Buddha in the world. An extraordinary 71m statue carved out of the stone cliff face, it’s positioned at the confluence of the Minjiang, Dadu and Quingyi rivers. Grab a photo with the backdrop of Mount Emei before moving on to E’meishan.

After breakfast, ride a cable car up to the Golden Summit of Mount E’mei, one of the Four Sacred Buddhist Mountains of China. Over 3,000 meters above sea level, the peak has spectacular views forged by volcanic eruptions millions of years ago. Then, hike through the forest to Wannian temple under the watchful eyes of Tibetan Macaques that inhabit this area of the mountain. As you leisurely hike down, stop at one of the stalls and grab a wooden souvenir carved by local craftsmen before heading back to your hotel. 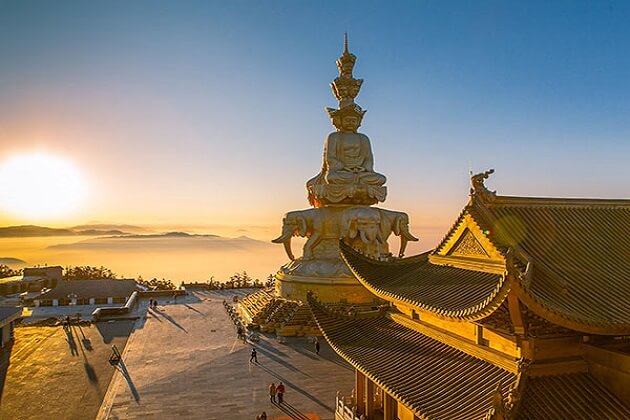 Start the day with a leisurely drive to the quaint city of Dazu, located in the southeast of Sichuan province. Stroll along the steep hillside of Dazu where you’ll catch a glimpse of various rock carvings. This 9th to 13th-century carvings depict a variety of subject matter and include Buddhist, Taoist and Confucian themes. Hike up to Longevity Temple and admire the view of the carvings in the valley below.
In the afternoon, make your way to Chongqing by car before embarking on a luxurious five-star cruise down the Yangtze River. 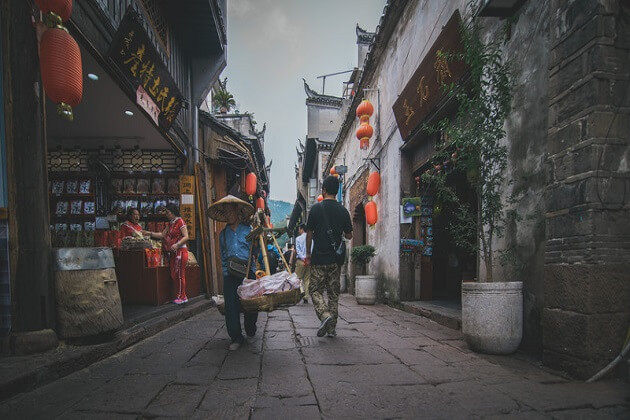 Relax on the decks of the grand Victoria Yangtze River Cruise ship as you sail down the mighty Yangtze for three nights. Learn about the immense importance of this river, historically, economically and environmentally. It is still vitally significant, as the longest river in Asia – starting from the glaciers of the Qinghai Tiber Plateau and flowing into the East China Sea, spanning over 6,000km. Take in spectacular views of the surrounding countryside whilst savoring authentically prepared cuisine and top-notch services. At night, stake a spot on the deck to enjoy unrivaled views of the glittering constellations above.
Disembark in the afternoon at Yichang and head to the airport for your flight to Shanghai. Upon arrival in Shanghai, relax at leisure. 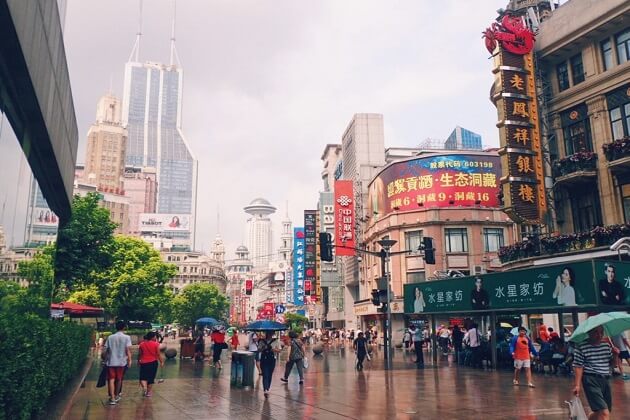 Time to say goodbye China. Breakfast and morning at leisure until getting escorted to the airport for a flight coming home. The trip ends. Hope you had a wonderful trip. If you are going to enjoy other multi country Asia tour packages, let us be your partner once again. 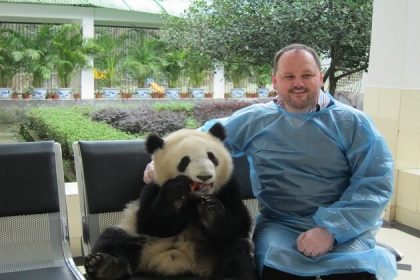 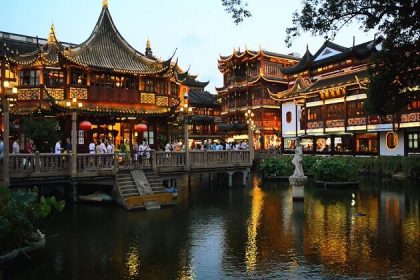