A country of nearly 13 million people, Cambodia is situated in Southeast Asia. Khmer is the official Cambodia language. The country has only currently emerged free from the rule of the Khmer Rough – a Maoist militant group, after a long period of civil war & is recently a member of the ASEAN. So, if you are interested in the Cambodia language, let’s enjoy this article.

Khmer – The Official Language in Cambodia

Khmer is the official Cambodia Language which is spoken by about 90% of the nation’s population. The Khmer is used in government administration that imparts education at all levels, media… Khmer is also the second most widely spoken Austroasiatic language after the Vietnamese language, Sanskrit & Pali, 2 languages which were born in old-aged India and introduced in such a country during the spread of Hinduism & Buddhism, have magnificently influenced the Khmer language. The regional Khmer’s dialects have been influenced by Vietnamese, Thai, Lao, Cham & other languages due to inter-cultural contacts & geographical proximity with the native speakers of these languages. 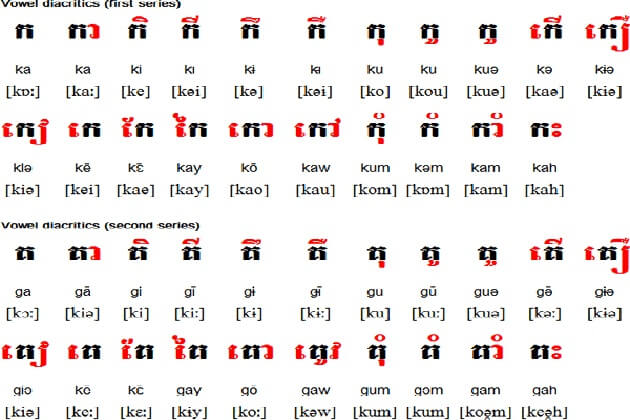 One of the foreign languages spoken in the country is French. This language was once the official language in Indochina and now, a number of the older in Cambodia speak French. The language is also used to impart education in some Cambodian schools as well as universities, especially those being funded by the French Government. Hence, Cambodia is a member of La Francophonie which is an organization of countries or regions where a magnificent portion of the population speaks French. French dialect or Cambodian French is spoken on certain occasions in Cambodia, especially in court environments.

The language spoken by the ethnic minorities in Cambodia includes:

That’s all about the Cambodia language. If you are going to enjoy Asia travel packages and Cambodia is one of your destinations, I am sure that this article will be useful for you.